There’s art to see and art to watch.
Art to watch is the kind of art that draws viewers in and doesn’t let them go.

This blog, generally, is about art that draws people in. Not everyone, obviously, but me, a few of my friends, and a few million others to whom I have not yet been properly introduced. This is why today’s Daily Prompt is not a prompt for me but a reason to show one more artist who has been an underevaluated genius of the art-to-watch domain for the last 150 years.

His name was Nikolai Ge and he could revolutionise religious art, were Christian viewers not so locked into canon, habit, and distrust of alternative points of view on Biblical events.

Alas, Ge’s views were supported by a tiny minority of intellectuals during his lifetime, and then the Soviets did all they could to position the artist as an early critic of capitalism. Who might be interested in someone labeled “a Russian critic of capitalism”? No one. This is why this artist is still relatively unknown outside Russia.

At the beginning, Ge’s career looked promising. He was catapulted to fame in 1863, when he exhibited his take on the Last Supper. 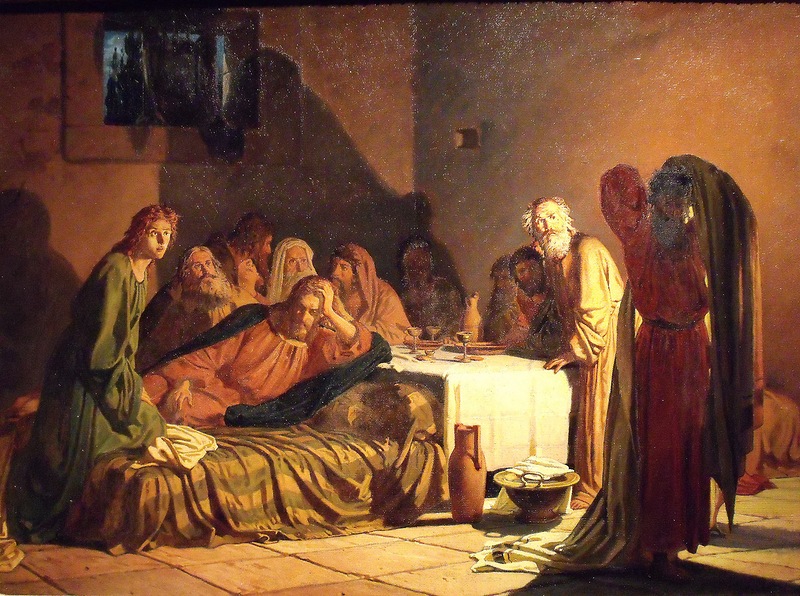 The traditional concept was to show the moment when Christ announced that one of his apostles was a traitor.

The resulting shock and psychological tension were a well of emotions to draw from – and Leonardo did a disservice to all the future generations of artists, because he said it all. Everything that could be taken from that moment can be found today in the refectory of the Convent of Santa Maria della Grazie, Milan, even though you are given something like 15 minutes to find it.

Ge shows a different moment, when Judas is leaving. This break-up of teacher and pupil which many teachers see as betrayal is clouded by emotion different from what is found in “traditional” scenes. Judas puts on his shroud, ready to go. His face, his figure are in the shadow. There’s plenty of shock, guilt, fear, blame, condemnation and confusion in the room – normally to be found in any last supper painting except for the gala works by French Classicist painters of the 19th century.

What is different in Ge’s Supper is the emotion of Christ. He is not serene/triumphant/melancholic or determined, as he usually would be depicted. He is devastated. He can’t raise his eyes to watch his pupil go. His relaxes pose and averted gaze are meant to hide the turmoil of emotions he must be suffering.

I’ve been to situations when I lost pupils or people I invested a lot of energy into. That’s why I am drawn into this painting on a very personal level, not just from the art history point of view.

To give you more of Ge, this is his Christ in the garden of Gethsemane. He prays to His Father; this is the moment when he has to accept his destiny, when he has to embrace His sacrifice. 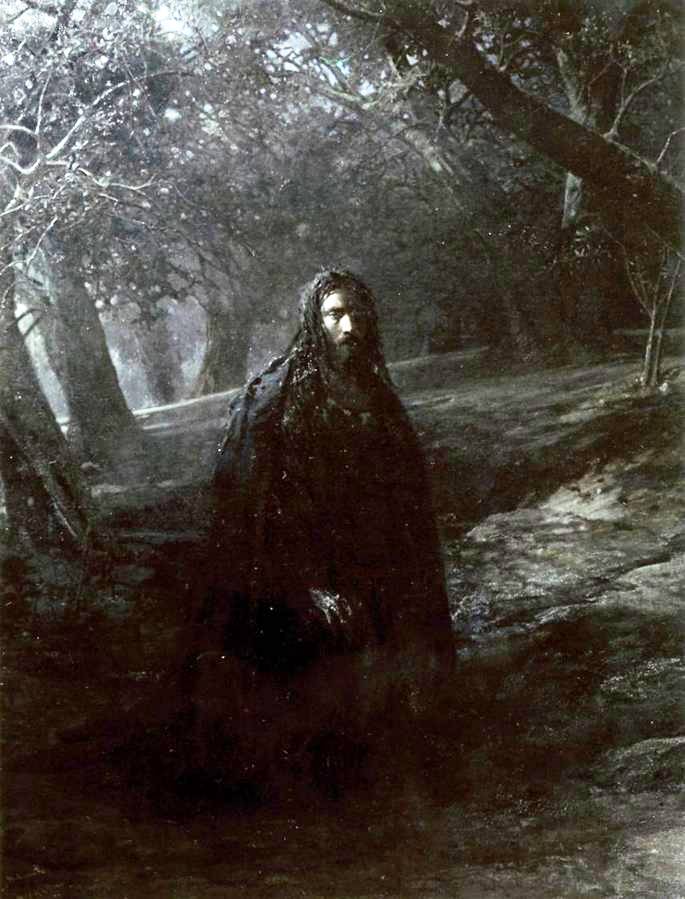 Many artists painted him raising his arms to the skies, his features convulsed, his eyes ecstatic.

But come to think of it, really, how would a man feel knowing he is about to die?

He would go through the famous five DABDA stages: denial, anger, bargaining, depression, and acceptance. Ge thought that neither of the stages (even though DABDA has not been formulated at his time) were worth showing except the end result. The Acceptance.

No one can be joyful about death (except for those who expect 72 virgins in the afterlife). I think I mean Vikings here, to stay politically correct. So, having accepted your destiny, how would you feel? Yes, accepting, but devastated nonetheless.

And the moon light is there to highlight it. This is a painting almost impossible to photograph. It is very dark, and the paint is glossy – when you are in front of it, it emanates moon-lit night. I am not exaggerating. This black and white conflict – in the face, on the hand, in the surrounding olive trees makes the viewer feel a Russian roulette player, whose opponent just clicked on an empty round and hands the gun over.

For creating contrast in this post, I want to show you another Christ praying His Father “to let this cup pass away from me” – done by an artist of great skill. This one doesn’t draw you in. It is as false as the nimbus. An empty illustration.

Tell me if you want to know more about Ge – and please share paintings or sculptures that draw you in. I’d love to see them!