A lot of pink and blue at the top versus a lot of dark colours at the bottom. A sharp skyline standing clearly against the sky. The sun is not out yet, so the shadows from objects are not clearly defined.

Now, what if you need to paint the dawn as a metaphor of humanity, faith, life? A lot of red paint diluted by its white counterpart to produce a tender pink colour won’t be enough.

This is why it took Ivan Kramskoy, a Russian artist of the 19th century, almost ten years to come up with this final version of Christ in the Desert, completed in 1872. It was an interesting moment in history.

It was the year when Paul Durand-Ruel, a 51-year-old gallerist, discovered Impressionists and started investing into their promotion in Paris and London (though the term “impressionism” would only appear two years later).  European art was migrating towards a new visual language, and themes that would resonate with middle classes and the new rich of that time.

The same (age-wise) generation of artists in Russia was trying to find its own way in art. They had a much better academic training than their French counterparts, and also staged a mutiny against official art. French artists denounced the official Autumn Salon with its plump Venuses sporting erect nipples and sensual half-smiles, and Russians refused to participate in the Academic competition for the Grand Gold Medal of 1870 because they didn’t want to paint Odin’s Feast, and insisted on a free choice of their theme. That group of young Russian rebels was known as the Itinerants, because they thought up a new marketing mechanism to sell their work: exhibitions that would travel Russian cities on a certain itinerary.

The Russian artistic rebellion was not about the style of painting. It was primarily against the stupidity and immorality of continuing with Greek myths in a country suffering from innumerable social ills while trudging uphill, along the road of change and industrialisation.

Those young men believed art could change people if it enlightened them.

The belief that art can and should change people for the better has been a curse and a blessing of Russian art since then.

Now that we understand what an exciting time it was, we can appreciate the search of Kramskoy for a new Christ for Russian people, for his own Christ, for an image that would make people re-shape their religious habits (having more to do with tradition and social requirements than with Christ) into real Christian beliefs.

Ivan Kramskoy. Christ in the Desert (Christ went out to the desert on a 40 day fast, during which is was challenged and tempted by the Devil, without success for the horned embodiment of evil). 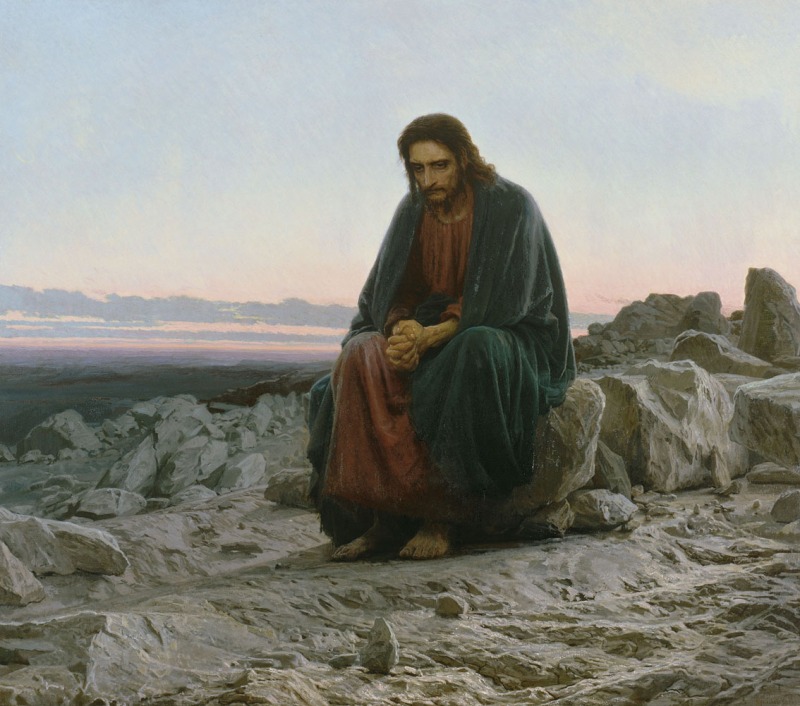 It is a painting that sums up Christ’s experience at the end of his journey. His clothes are torn, feet and hands are bruised and dirty; he is tired and desperate. He has rejected the Devilish temptations, but at this moment his desperation is almost as heavy as his belief on the scales of his soul.

He faces the night, and there’s a pink dawn behind his back that he doesn’t see. The viewer can see Christ’s desperation, and resolution, and pain, but also the dawn at the back. So, the viewer knows there’s going to be new life, new humanism, new everything. It is like getting a problem to solve at a math exam when you remember solving the very same problem the day before. You, the viewer, know the answer.

When you look at this painting, you’re having more faith inside yourself than Christ is having himself.

Isn’t it truly amazing? But even if you signed up to different religion or decided to become the god-irritating atheist, you can still appreciate some hidden artistic qualities of this work.

There is a detail in this painting overlooked by art critics (and many viewers), which makes the whole painting not just a philosophic or religious, but an artistic marvel.

This is a very early dawn. The sun is not out yet. The skies are clear. Christ faces the night side. The night side still has to have the moon in it. With the dawn happening behind Christ’s back, you can’t really paint the already weakening moon, that is bound to lose its battle with the dawn.

So, Kramskoy paints the effects of the moon. Look at the foreground. Do you see sparkles on the stones? 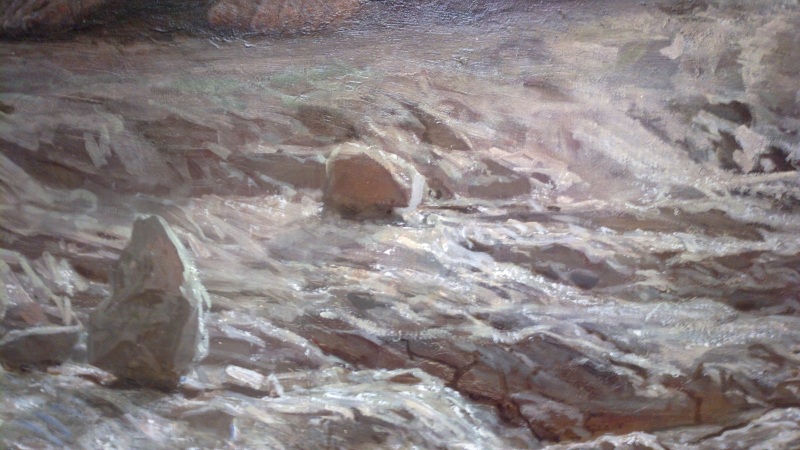 No, it is not the light coming from the dawn. It is the moon fighting the sunlight, but losing the battle. Those are the last diamonds of the moonlight temptingly scattered around, and winking out, one by one.

As I often say, Russian art is like onion. It can be peeled layer after layer, endlessly. The good thing is that – unlike onion peeling – it is an enjoyable, no-tears experience. Unless, of course, you get too much involved into it emotionally. In that case, the end result is very similar to a tear-gas grenade.

Finally, to fully appreciate the difference between what I think is Art and Useless Expenditure of Paint, Punishable by Tearing the Artist’s Arms Off, look at this version of Christ in the Desert, by a contemporary artist. 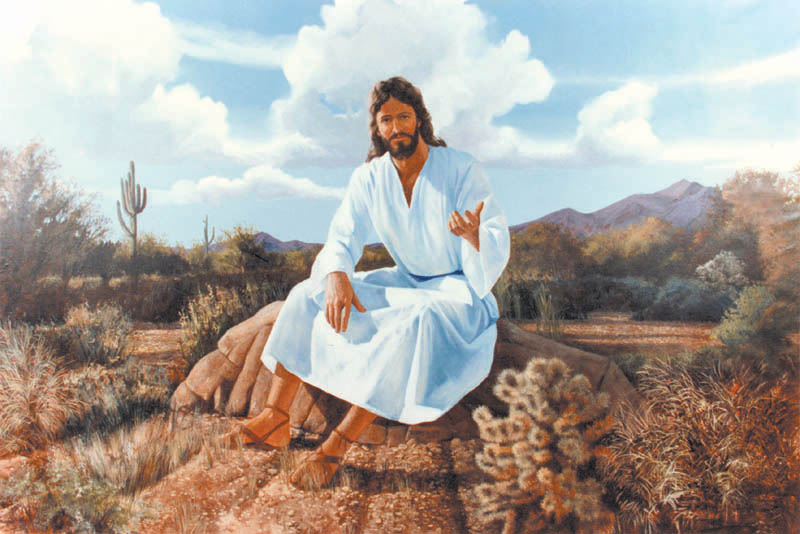 You can feel the difference, right?

Thank you, the Daily Post for the Dawn theme. Sometimes, a prompt is all you need to complete a post that grew weary being put off.