EVIL is LIVE spelt backwards. No one can feel truly “live” unless there’s some evil lurking outside. People with a full tank of happiness and no car to burn it turn into evil manifestations themselves: they become more boring than watching sunsets over the ocean after a month at sea (professional sailors say the view starts killing them after a week).

Attention to EVIL is what differentiates a great artist, because great art talks about good and evil in life, together. Bad art exclusively talks about either good or evil. Bad art has no life in it, just corpses or mannequins.

Take any decadent art movement, and it is going to be all about Evil. Decadent people prefer funerals to weddings because no one tells them “We all hope you are next!” there. Plus, black goes with everything.

Damien Hirst installation celebrates the simple truth that viewers, just like flies, are attracted to death in all its ugliness. It is not great art, because it cheers up the evil side of life only. 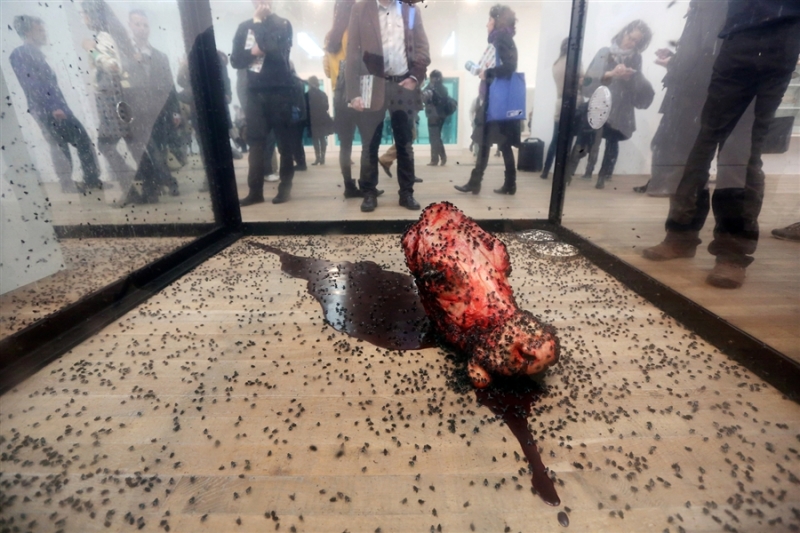 Hirst installations remind me of a family that wanted their cat to drop the habit of doing a poo on the carpet in the living room. They would rub its nose in the droppings and administer a verbal admonition. After some time, the cat would do a poo on the carpet, rub its nose in it, and walk away with a clear conscience. That’s exactly what Hirst is doing to the public. He rubs its nose in its collective droppings. And the public is happy to do it again and again, at least according to Tate Modern curators.

Social Realism in art is the opposite, and it is all about Goodness which makes it just as bad as the decadent postmortemnism of Hirst, if you think of art as the art of ideas. Otherwise the painting below offers (let’s admit it) a better sight than the installation above.

The balance of good and evil  (as the balance of white in a photograph) is a very good criterion that can help the viewer learn to differentiate between good and bad art.

Great art moved forward mountains of ideas and millions of people: Giotto. Juda’s Kiss. Masaccio, expulsion from Eden. Michelangelo, David. Bad art kept saying mountains were too heavy or people too bad to be worth moving.

Sometimes, the criterion is difficult to use. The difference between a fairy and a witch is a year of living together (according to men); just as well, a painting that talks about evil at first sight may become something else after you spend some time with it. So, I never judge art at first sight. Some of the ideas it communicates may need to mature to become recognised by the “rational brain”.

A powerful example: Pope Innocent X by Francis Bacon, that shows a man torn apart from the inside by his passions. It does not have any goodness inside, at first sight.  Just an evil Pope in a silent scream. 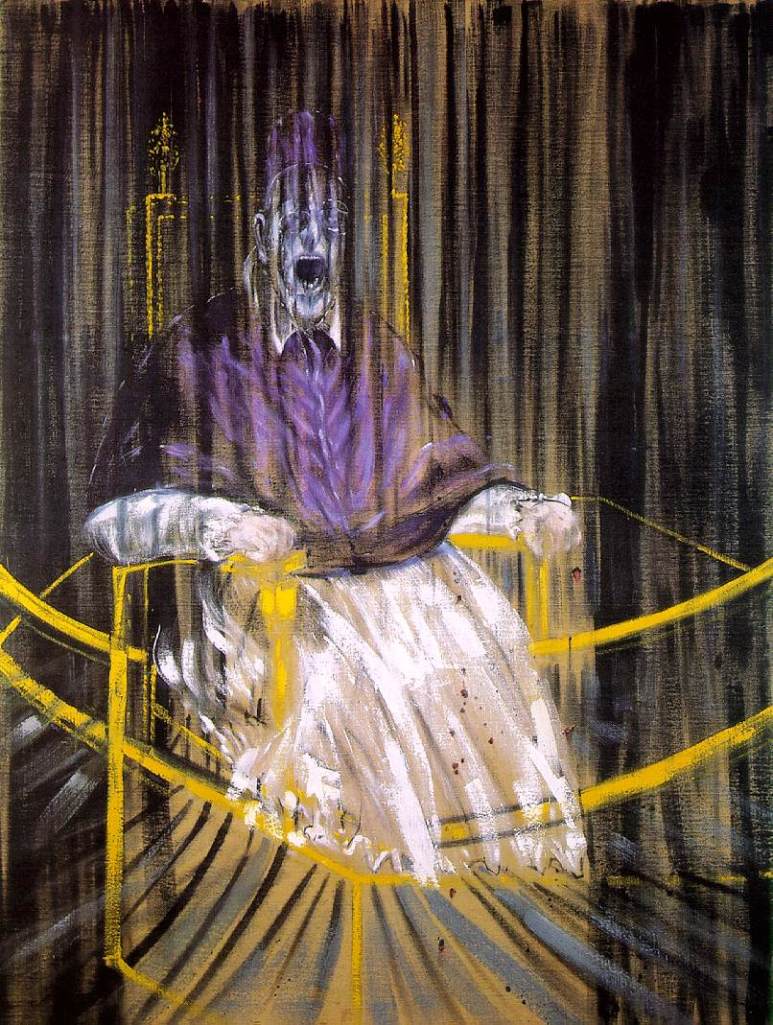 But to say what kind of goodness it creates, we must step away and wait at least a day, holding on to the impression the painting has just created.

What good does the painting of Bacon create in the mind of the viewer? Anyone?

Read the answer here, and don’t miss the third part of the Bane series about Russian artists.

Thank you, the Daily Prompt, for the Evil question!