As people walk down a quiet street in Headington, Oxford, the UK they get the shock if not of their life, then of their visit to the cradle of modern science that Oxford represents in the eyes of those whose children didn’t go to Cambridge. 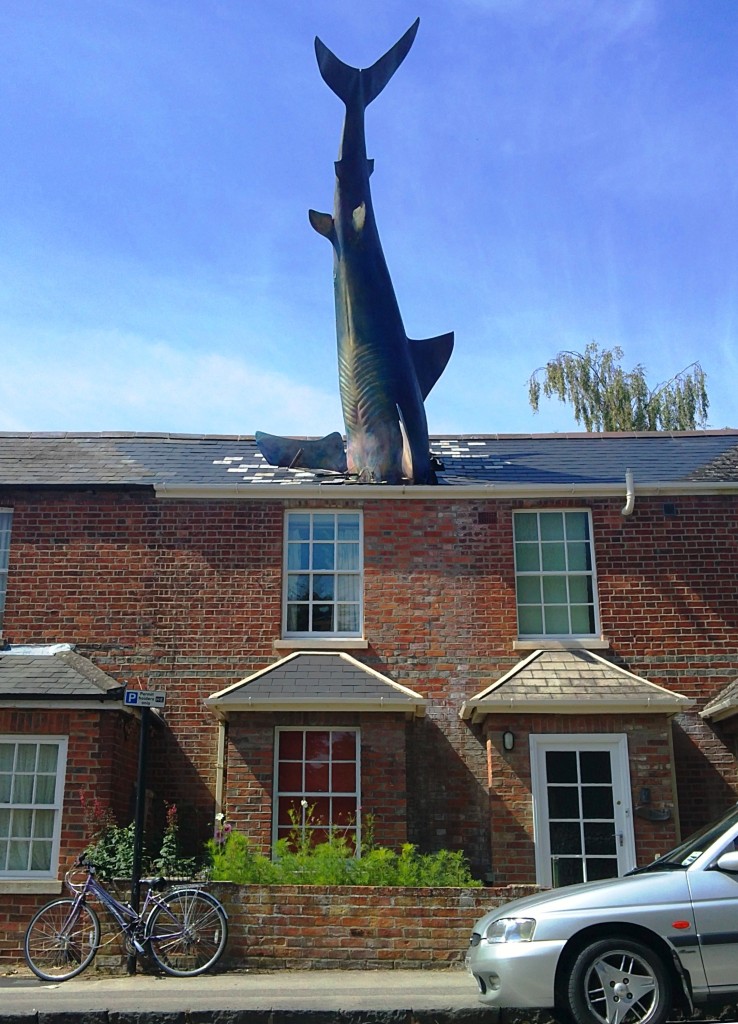 A local radio host mounted it on top of the roof of his house almost 30 years ago to protest against a number of things that intrude into our lives without our express consent.

For the following 15 years, the radio host had to fight the local council, who wanted the shark to be removed because they hadn’t issued a planning permission for the damn fish to be installed.

The good cause behind the shark has been largely forgotten and only a huge fish puncturing the roof remained. It became a work of art without a lengthy explanation of why it was art.

Finally, in 1992, Art won over Legal Matter. It was legally allowed to stay.

Really, in the UK gravity and planning permissions are basically the same stuff.

They can’t be defied. Never.

Yet, a simple piece of inexpensive art did the impossible; and implications of this feat are many and stunning.

For instance, it means that with enough determination, people can learn to fly. Perhaps, Douglas Adams was right when he wrote that the important bit in mastering this skill is to learn to miss the floor when you fall.