I am side-stepping from the perfume & art topic to share a discovery I made today at Ilya Repin’s exhibition at the Tretyakov Gallery in Moscow.

Ilya Repin began this painting in 1880 and it took him 11 years to arrive at the finished version. It’s title is “Reply of the Zaporozhian Cossacks to Sultan Mehmed IV of the Ottoman Empire”. 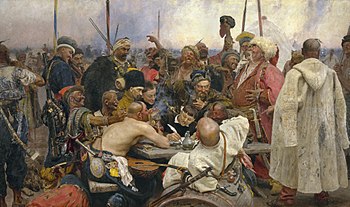 It is a large canvas worth a thousands words about the cleverness of its composition, but I will do it later.

Sultan Mehmed wrote a diplomatic letter to the cossacks demanding their submission (in fact he wanted them to stop harassing his borders). The cossacks came back with the most vulgar and mocking reply imaginable. You can read both letters here., learning a lot about fancy swearing along the way.

Each and every Russian is exposed to this painting when he|she is young. Each and every Russian believes that’s the right way to answer any demands of any foreign power. This painting defines the way Russian diplomacy functions even without Russian diplomats being consciously aware what is the source of their immutable desire to behave in ways that are meant to disparage and humiliate their counterparts regardless of the real need to do it. That’s how influential programming at childhood could be, by the way.

Now, let’s zoom in to see the character hidden behind the laughing figurehead boss (or rather figurebelly boss).

Yes, look at the guy in the grey & yellow hat.

Yes, Mr Putin was there. 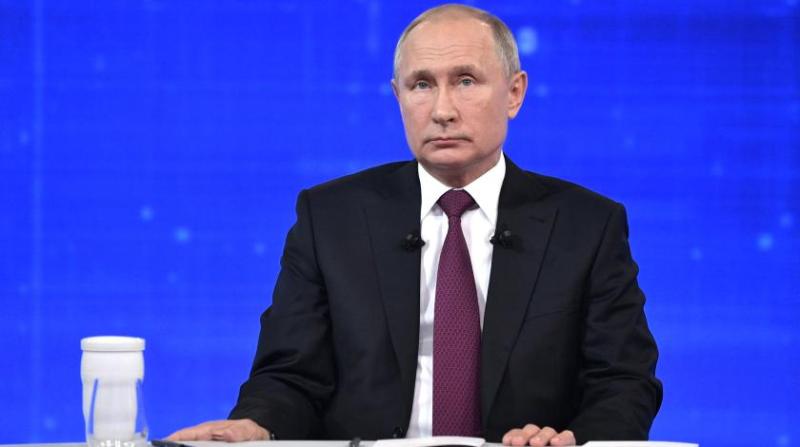 Except that he did shave off the lavish mustachio.

How’s that for a prophecy?