Why did it take 25 years, after the revolution of Chanel No.5, for a truly new scent to appear?

Well, because the perfume market was offering nothing but endless repetitions during that time of which the most famous today is Shalimar by Guerlain (1925), a heavy oriental vanilla flavoured scent for sophisticated ladies not unwilling to flaunt their sexuality. Regardless of how popular it was and still is (Shalimar sells ca.100 bottles an hour vs 180 bottles an hour for Chanel No.5), I don’t see it as being very new at the time. At best, it was a perfectly fitting scent for the Art Deco style, and even its bottle was the embodiment of it. 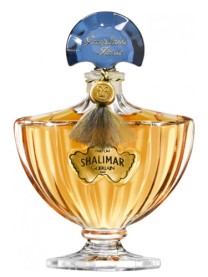 While the perfume market stalled, was there anything revolutionary new in the art world?

The 1930s were the times of economic depression, reactionary regimes, and the feeling of an imminent war. Many revolutionary artists of the 1910-1920s, like Andre Derian or Maurice de Vlaminck, gravitated back to the classical roots. Other, like Braque, Matisse, or even Paul Klee, kept doing what they had been doing before, a tad better or worse, or more politically motivated.

Other, like Braque, Matisse, or even Paul Klee, kept doing what they had been doing before, a tad better or worse, or more politically motivated.

Soviet avant-garde was buried six feet under social realism, and American depression-era artists dabbling in their state-sponsored capitalist realism were no different. Yes, the dynamism of aeroplanes and trains of Italian Futurists added a slightly original flavour to the Rayonism and Cubism. Still, their fascination with machines operated by strong and beautiful men and women was a kind of dud art that was dead the moment artists gained some freedom (either financial or political).

Of course, in the late 1930s, the seed of Abstract Expressionism was already sprouting in the US, and Hopper and Magritte/Jean Arp were taking [sur]realism to rather original destinations. The sculpture department was creating quite a stir, too. It seemed like sculptors took an extra ten years to notice the artistic revolution of the 1920s and adopt Brancusi as a father-figure, similar to the role Cezanne played for 1920s painters.

Still, I am talking about the more visible trends.

All in all, the 1930s would be bleak both artistically and economically were it not for the audacity of Miro and Picasso.

Then the world had the war that left Europe mostly in ruin. Art and fashion seemed to had moved “across the pond”.

That’s why it took so long for a new scent to appear.

After the war, everyone expected Paris to pass the baton of the perfume capital to America. Yet, in 1946, Carven, a fashion house established just one year before that,  launched the perfume Ma Griffe (that few people had access to because of limited distribution), and the next year Balmain came up with Vent Vert (Green Wind), an immediate and huge success. 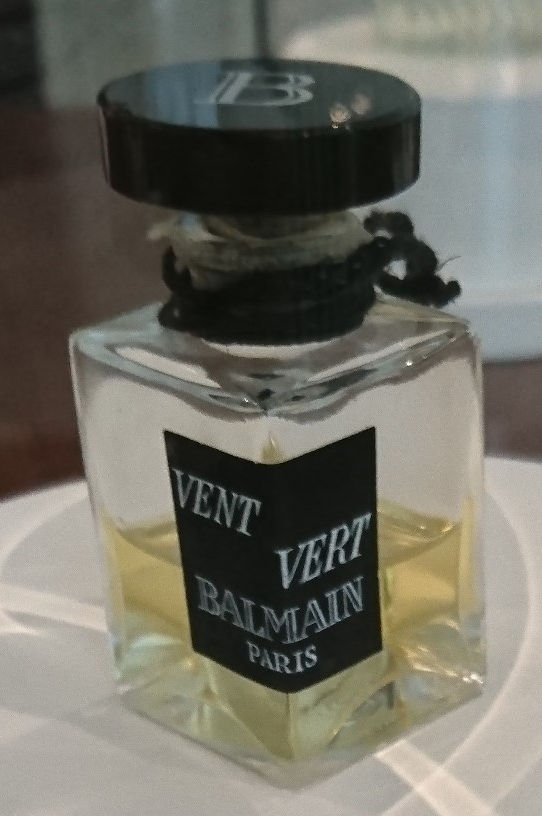 Both did not come out as a response to art. It was a gut reaction to the need for a gulp of fresh air, which, I am sure artists felt as well.

A new generation of women went out looking for styles less formal than those of the pre-war years. A scent of cut grass plus a healthy dose of galbanum made it first in the line of “Green” fragrances. It was the scent of spring and all things new.

Fun fact: Galbanum was included in some recipes for religious incense because its bitter scent served as a reminder of intentional and unrepentant sinners.

A few months before the launch of Vent Vert, Dior revolutionised fashion with its “New Look” of billowing skirts and waspy waistlines. He intended to lure what he called “flower women,” those who yearned to drop out of their factory jobs and get back home, with war hardship left far behind.

Artistic reaction (in France) to the fresh air of liberation came in the form of abstract expressionism. The term did not exist then, of course. It was coined and appropriated by the Americans in the 50s, leaving the French with the need to invent their own art movements: Tachisme, Informalism, Lyric Abstractionism, etc.

While many believe today that the success of Abstract Expressionism was engineered by the CIA that funded it as a cultural export from the USA, I do not think it is the case. By the late 1940s, abstractionism, in its variety of shapes and forms, had become a global artistic movement. It was independently developing in the US, in France, and even in Japan.

It was not the CIA, but the reacquired freedom and a return to the individualistic values (vs.the collectivism of the war effort). They made an individualistic artistic expression not just a possibility, but a necessity.

Artists wanted to pour themselves out on the canvas, without control or censorship, without constraints or limitations. Many abstract artists of the time (including the most famous of them, Jackson Pollock) proclaimed they were projecting their sub/unconscious through the spontaneous movement of their body (or dance over or in front of the canvas), and that the process of creation was just as important as its result.

“Art is the expression of the artist´s overflowing soul.” Hans Hofmann

Georges Mathieu, a French artist who first exhibited his abstract works in 1946 and who would become the founder of Lyrical Abstractionism, made the painting process pure theatre, creating his colourful abstractions in 20-minute sessions in front of the public.

But the new fragrances were not yet about the colourful extravaganza of the fifties. Estee Lauder just launched her company in 1946, and I note it because the next chapter is about Youth Dew.

Vent Vert was a precursor to the colourful expressiveness of Abstract Expressionism, but its artistic counterpart is different. My perfect match for Vent Vert would be this piece by Hans Hartung of 1948 (he was a hero of the French Resistance too):

The green of hope and freedom oozes through the browns and the blacks, particularly through the black calligraphy of runes that establish structural order inside this space and designate permitted directions for movement. The dark colours are dominant and sharply defined, but I feel the green is about to take over. I think a lot of people must have felt that glimmer of hope seeping into their lives back in the late 1940s, and both art and perfume had a brilliant answer.

Our next stop is Estee Lauder’s Youth Dew of 1953, the American Rock and Roll revolution.