Queues at the registration desks for my night flight to Moscow made it obvious the journey – nicknamed “red-eyes” by frequent travellers – was going to be especially difficult. Half of the queueing crowd consisted of burly young men in red bomber jackets with RUSSIAN POLICE written across the back in easy-to-read white letters. Easy-to-read because of no folds. No folds because the jackets’ backs were as taut as new drums. A nice way to emphasise the shoulder width, if you’re lucky to have the width worthy of note.

Police love competing against police even more than against criminals, that much I knew from crime fiction. I also heard a national police force may support a special team that mostly competes with other national police teams. It must be something about who is slowest to arrive at a crime scene or who is most dexterous with filing police reports.

I wondered why criminals didn’t do it. Who can rob Selfridge’s faster than the burqa gang? Sicily’s Mafiosi vs. NY Mobstah’, tonight on BBC One (exclusively for those who didn’t buy their TV licence). Crime doesn’t pay (unless you’re in politics), but finally, there would be a way to ingratiate oneself with the criminal world.

If a law-breaker reads this and decides to go on with the production of the show, remember to pingback this blog in the titles. No, I am not asking a felon to follow the copyright law. It is about being civilized while mugging, like in “You might want to hand me your watch against the likely alternative of being rendered unconscious by way of clubbing, and by clubbing I don’t mean an invitation to a night-club”. I am sure a criminal reading a blog on arts must be someone very nice when not dwelling on their occupational hazards and job insecurity.

So, it must be the Russian Police Team coming back from a police tournament, was my obvious conclusion, with the side-line thought that law-abiding citizens who begin musing about criminals in the presence of police must have read too many books by Terry Pratchett. Or just happen to live in Russia.

The other half of the crowd was mostly teenagers coming back home from their summer schools in the UK. The few teachers who could be seen counting heads at various check-points (that airports provide as reminders of passenger slavery) did not seem to be able to prevent the hormone-rich environment from going super-nova. I mean, who could, given that corporal punishment had been abolished?

With the red bombers carrying deadly doses of duty-free alcohol, and kids showing no signs of tiredness, I prepped myself for a night of wonders that didn’t include a peaceful nap.

What if the policemen got drunk and saw a 45-year-old man with a pony-tail (me) sitting next to kids? That’s gay propaganda to children at its most undisguised, and we now have a law in Russia that can send you to prison for that. It was a night flight, all right? If there had ever been a hairdresser’s salon inside Heathrow’s Terminal 4, it would be closed; if certificates of heterosexuality ever existed, they wouldn’t be issued at an airport!

As I was warily walking to Gate 14 in the company of two girls aged 11 or 12, and a Russian Police Red Bomber Jacket carrying a red travel bag and four Johnny Walkers, I saw two other girls, aged 12 or 13 walking towards our little team. The smirks on their faces made it obvious a head-on collision would be unavoidable. Indeed, when the two pairs of girls were passing each other, one of the oncoming girls made a comment about the blond angel walking in front of me. The angel’s friend stopped, turned, and launched into a tirade targeted at the backs of the offenders who had already walked a good shouting distance away from us. The girl’s angry speech (that easily muffled airport announcements) could be vaguely translated as “I wonder why two girls who represent nothing of importance or worthy of mention allow themselves to voice their silly comments on my best friend’s love for skateboards”.

Given that most of the words were a derivative of the Russian version of “F**K” with the innocent “skateboard” rolling somewhere in the midst, you would understand why the phrase could be translated just barely.

I am not someone who can be easily shocked by a volley of dirty language. I wasted three full years in the Navy. I’d heard Russian sailors swearing, and survived.

What the F**k is going on with kids these days? that was the question that we didn’t ask each other, for without the “F**k” it would lose its rhetorical value and become philosophical. We couldn’t use the F-Word in the presence of kids, and the police officer felt visibly uncomfortable about launching a philosophical discussion with someone who’d got a pony-tail.

When I was a kid, we used the F-word one at a time, only to drive home an important point, but never actually at home and never in the presence of adults. Sparing rounds was good tactics. Besides, we valued our ears and our bottoms.

Even when I was in the Navy, masters of the spoken language of “command and conquer” used to convey emotions via novel, and often poetical ways of using foul words.

My admiral topped the charts. I suspect his virtuosity with vulgarities had made him admiral in the first place. He once cursed one of the staff officers with, “I wish wild dicks would sprout on your grave, and the winds will be swinging them madly”. That sounded like a catchy line from a country song. I still remember the cursed officer’s face, his mind terrified by that imaginary landscape, and monsoon’s tugging at the wild sprouts.

I pray for a fast recovery from that experience, which means that I will soon be talking about a great artist.

Now, there’s something for you to think about while I am preparing the post. These are two different painters. Both came from a rather humble background, worked a lot, were recognised and showered with very similar awards during their lifetime. Moreover, they knew each other and were enemies.  But only one of them was a great artist. Which one, Painter A or Painter B? 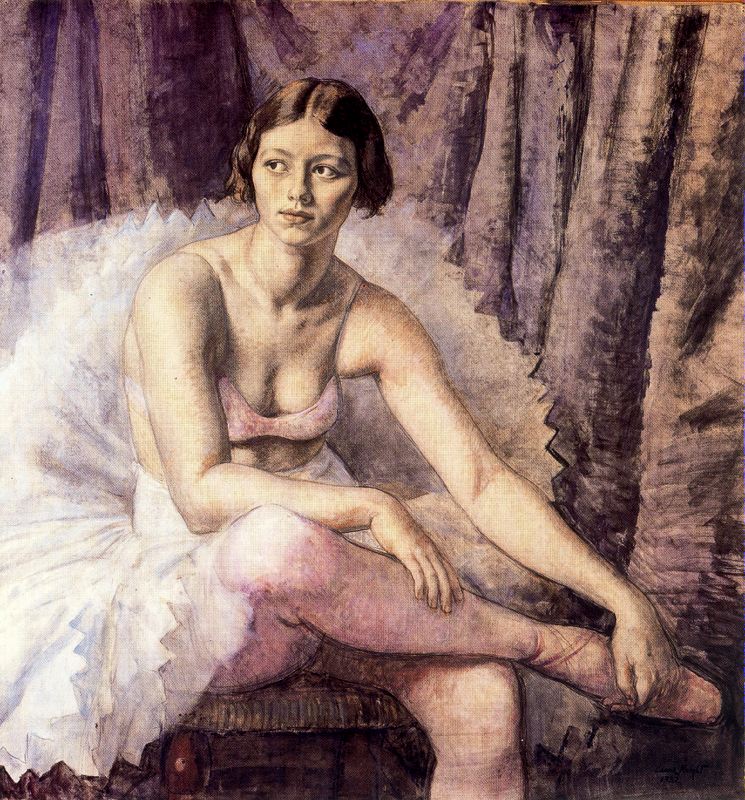 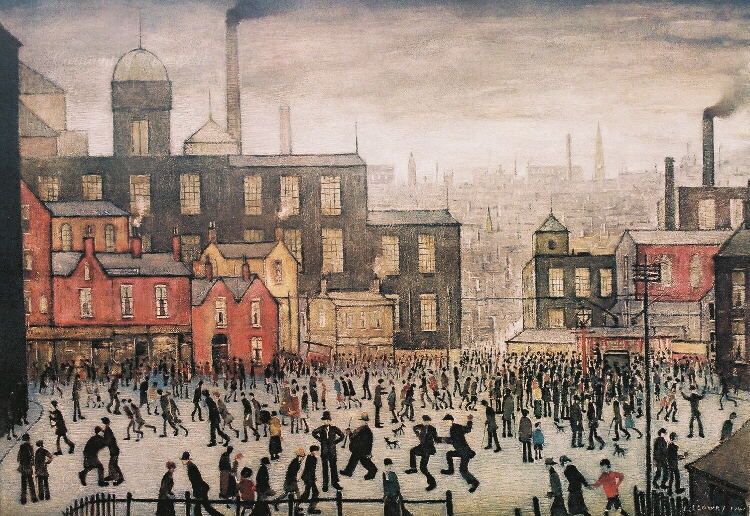 Sign up, or stand by, or pray with/for me. It won’t take long to see the truth revealed.

P.S. The policemen didn’t get drunk, and the kids were asleep in 15 minutes after take-off. It was a very decent flight next to a divine girl of 12 who slept all the way to Moscow. When we landed, she spent a few minutes on her iPhone talking to her mom in irritated “yes” and “no’s”. She finally disconnected with an exasperated “F**k, she’s blown my brain off!”, which, somehow, didn’t really surprise me at all.