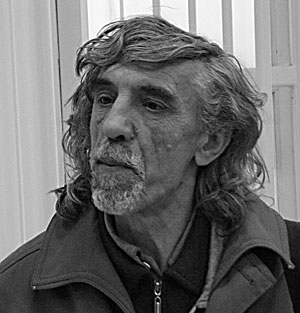 The artist Victor Dynnikov worked incessantly and madly all his life, but had only three solo exhibitions during his lifetime, with one of them lasting 30 minutes before it was shut by authorities unhappy that the Man of Labour was represented in none of the paintings. Dynnykov didn’t sell, had virtually no income, and sometimes had to paint on two sides of parcel carton he salvaged from the local post office. At times, when nothing could be salvaged, he would overpaint his earlier work.

A very talented artist who died a few years before he was discovered by galleries and collectors.

This is his still life, The Green Bottle, currently on sale for 5,000 Euro. Dynnikov could not even imagine a sum like that. You can see holes from nails that used to make this carton a side of a parcel box.

Unlike in Morandi’s still lifes (covered in Part I), light falls on the objects from behind. This makes them cast shadows towards the viewer, but the shadows are built of… light! This light is very individual and it has its own colour. It is an amazing trick. The viewer knows what these objects represent (more or less), and can guesstimate their size, weight, and relative distance to each other. Yet, the viewer knows these objects must cast shadows, not light. But they do cast light, so the viewer no longer treats this still life as a copy of something real, but as a representation of a slightly different reality.

As it is different from the boring reality of simple objects, the viewer’s mind gets activated, and involved into studying this painting further – even though most viewers can’t say what actually triggers their curiosity.

So, what’s there to study?

There are two “groups” of objects. The group on the left is made of a blue bottle, its accompanying wine glass (professionals know it as the Footed Cordial Glass), and a bowl with, I assume, milk. The opposition consists of a shapely green bottle and a small loaf of bread.

The objects stand still, but colour changes provide dynamism to this still life. This is how it works:

As colour intensity increases, even if we do not consciously register it, some tension appears, just like in the example below: 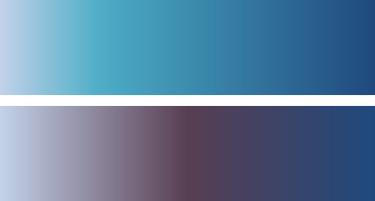 So, in a world that is a bit out of this world the artist created a dynamic conflict between static objects, using light as shadow and tonal change in colour.

Now, with the conflict registered by the viewer’s mind, we can start playing with it ANY WAY WE WANT. It is for the viewer to enjoy, study, and, possibly, resolve this conflict. This still life is an open-ended story for the viewer to complete.

What is important to never forget is that no detail, no line, no shape is accidental.

Now, this is just one of them, stories. Make up your own!

I will talk about one other Russian artist and his still lifes in Part III. While I am at it, I may post a few more paintings by Victor Dynnikov, to show his diversity and talent across other genres.