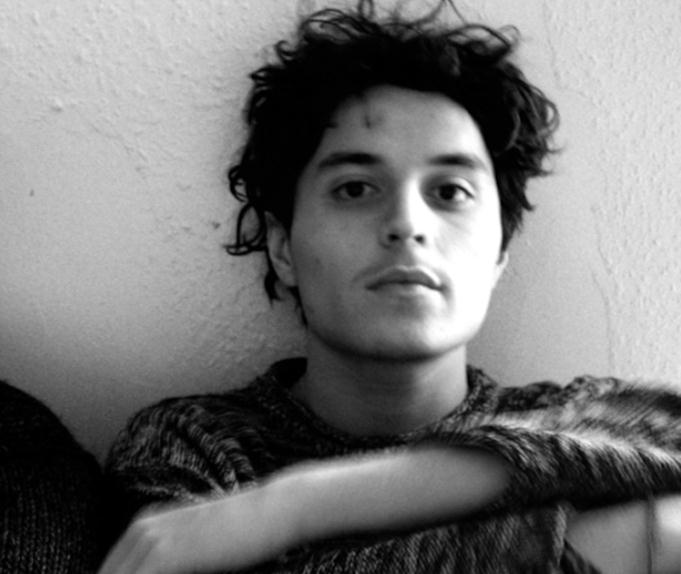 Meet Clayton Pettett, a young aspiring artist. This cute guy is going to publicly lose his virginity to a man at a London art gallery.

Previously, public sex has been criminally prosecuted or at least frowned upon. In most instances the police could not help themselves from becoming involved.

In Redditch, an electrician was jailed for having sex with cracks in cobbled pavements, in 1993. Having lived in a town that was named after a gutter, the guy was destined to get shortcircuted. A few years later another gentleman was sentenced for sexually abusing his own bicycle in his own hotel room.

In 2008, Mr Daniel French, (have you noticed that whenever a scandal occurs of a sexual nature the French have to be mentioned, a clear definition of one upmanship you might say), was arrested for having sex with fence railings on Leicester Square in London. As one newspaper commented in the stiff-upper-lip English, “At court, Mr French angrily denied making romantic overtures towards the fence”. This indignant denial didn’t help Mr French to mollify the English court though.

The US has not been immune to this kind of eccentricity. Four years ago a father of three was prosecuted for having sex with his own plastic garden table (you know, they have that hole in the middle for inserting a parasol), in the yard of his own home, when he thought he was alone. Of course his neighbours called the police. I mean, you know these archetype American next-door characters. They always watch you from the attic. The local police captain (yeah, that’s the guy in the picture) said, “Once you think you’ve seen it all, something else comes around”. 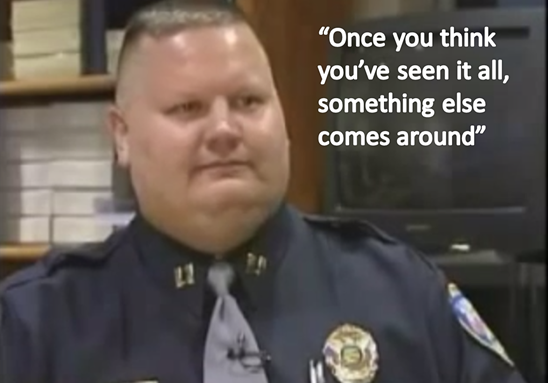 I’ve not checked out Catholic societies, but I assume a Swiss Guard in Vatican may react on autopilot with his halberd to such an offence, changing the offender’s sex without the obligatory psychotherapy course. Or maybe his bright harlequin costume and the way that he provocatively holds his mighty staff alludes to more a tolerant empathetic behaviour. 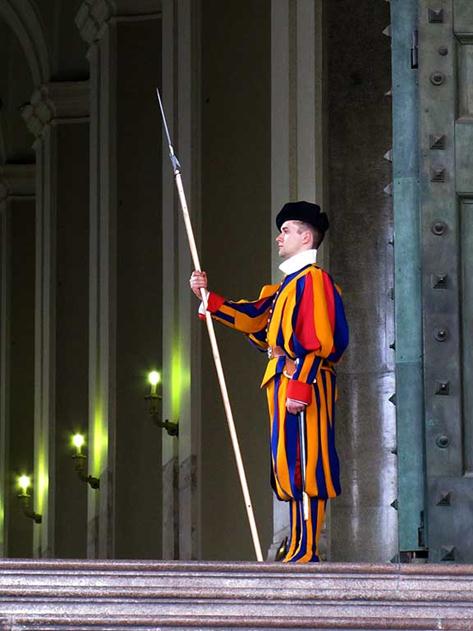 Having sex with inanimate objects (man + object), publicly, is not far from a public loss of virginity (man + wo/man), especially if you look at it from the plastic table’s point of view. The table, as well as the cobbled pavement in Redditch did have the flower of its innocence withered (pardon my Shakespearean).

The guy who announced his loss of virginity will be parting with it within a gallery space during five days, in the presence of 100 spectators. He believes these circumstances make it art, with the message on the social importance of virginity or the lack of it, or the loss of it.

I’d say, having sex for five days is more a medical, rather than artistic achievement. I urge any medical professionals who happen to read this blog and be in London when the event will be taking place, to attend. A defibrillator may come in handy. Perhaps Kleenex or Pfizer (Viagra) could sponsor the event.

On the artistic side of it, is losing virginity really a problem today, I mean, in London? This event has nothing whatsoever to do with loss and everything to do with gaining! Gaining experience, fame, and sexually transmitted diseases that have got fancy long names to them. The latter is an important step to realise that STDs with simple abbreviated names are better be avoided. Tracy Emin said it all. She’s got her Turner prize for it, for saying it out loud.

There are many more subtle and interesting ways to talk about virginity than having sex in public.

If I wanted to say something new about virginity, I’d think of parents’ collective letter to the makers of the WoW (World of Warcraft) that would consist of a single sentence. “Thank you, the makers of WoW for preserving the virginity of our nerdy sons!” Guess how many signatures that open letter would be collecting!

I could provoke public debate with the topic, “A girl who preserves her virginity until her wedding day risks preserving it until she’s put in a nursing home. Or not?”

I guess I could have the U.N co-sponsoring the conference, “Fighting for Peace. Isn’t it the same as having sex for virginity?”. Oh wait we did that before in the 1960’s under the banner ‘Make Love Not War’, and look where it got us, more war and H.I.V. Hmmmm, maybe not !

Performance arts could benefit from a march through Piccadilly (5th Ave/the Red Square) with the banner “Remember, those who die virgins get to the paradise of islamic extremists!” There would be a helluvalot of fight about virginity, sexuality, and religious beliefs from this one act alone.

Public sex with another human being as artistic method is plain dumb, commercially. You can’t take it to the Venice Biennale. You can’t sell it to the Qatar Foundation. Roman Abramovich won’t be interested. No American billionaire regardless of his or her eccentricity would want to come close. It can’t even help future sales. First, there would be no more virginity to peddle around, second, who would want to have an artwork whose author is best described by “that’s the guy who was publicly shagged by another guy”?

As Khrushchev used to say to Kennedy during the Caribbean crisis, “You show me yours, and I’ll show you mine”. I don’t think art should have any boundaries, except if it comes anywhere close to injury or murder, including self-inflicted wounds and suicide.

I am OK with artists poking at public notions of what is moral and what is not.

Unless the poking is done by the artist’s genitals.

Expressive art is by nature intended to arouse an emotional response, anger, fury, disgust, but does simple disdain qualify?

I might have missed some subtext here, though. I might have overlooked a profound thought buried deep down there, in the act.

Is this public loss of virginity Art, for you personally? You don’t have to justify yourself to view if you don’t want to. Just let me know if it is or is not. Please.