It is easier to answer this question for animals than for humans.

Farmers have known it for some time now that music can make cows give more milk. Say no to Alice Cooper though, unless prescribed by the vet against constipiation.

Animals instinctively recognise great art. The effects of Mozart, Contemporary Rock, and the buzz of a ventilator were compared across three samples of mice to find out which music they’d prefer. Mozart rulezzzz: regardless of which sample a “lab rat” used to belong, when given a free choice, it would go for the classic.

Few would doubt it greatly benefited the mice’s subsequent career as guinea pigs.

We don’t know if the arts are good for people.

The Platonic thesis that art makes people better (less willing to spit on the pavement, and more inclined to use “please” each time they tell someone to bugger off) has never been scientifically confirmed.

There’s one thing we take for a fact. Love for classical music makes people dress better (go see the crowd leaving an opera performance). Sadly, we don’t know if those people produce more milk or make more of anything, for that matter.

On the contrary, there are far too many cases of art-loving maniacs and dictators: grouped together, they may lead someone lacking statistical education to believe art is actually harmful.

If you’ve seen the teaser to this post, you’d understand what I am talking about.

These girls were not shaking the hand of a ghost. They saw a statue and their gut reaction was to adopt the same stance, get photographed, and get going. They didn’t even stop to read the sign explaining who and why made the whole installation. 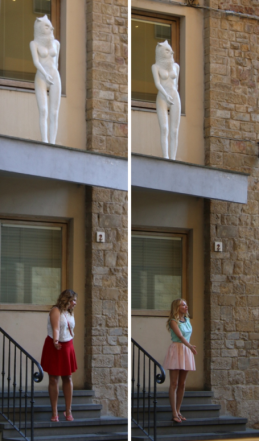 It is only funny when you’re the prototype on which the statue is based: 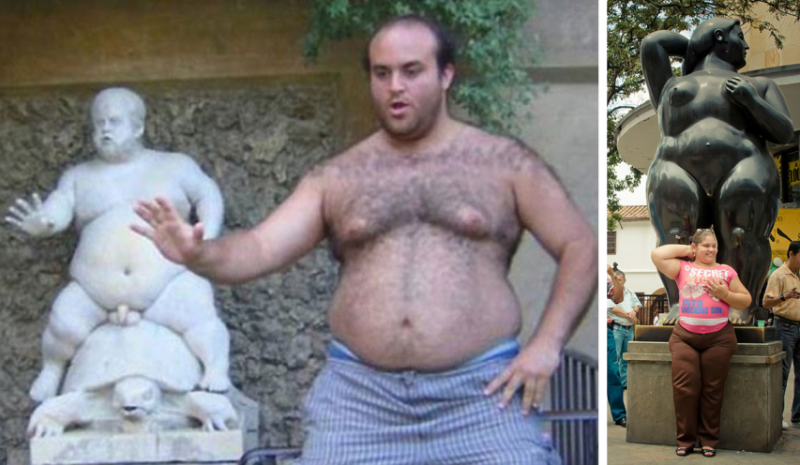 Otherwise, you have to be creative in a clever way.

No. This is plain “stoopid”: 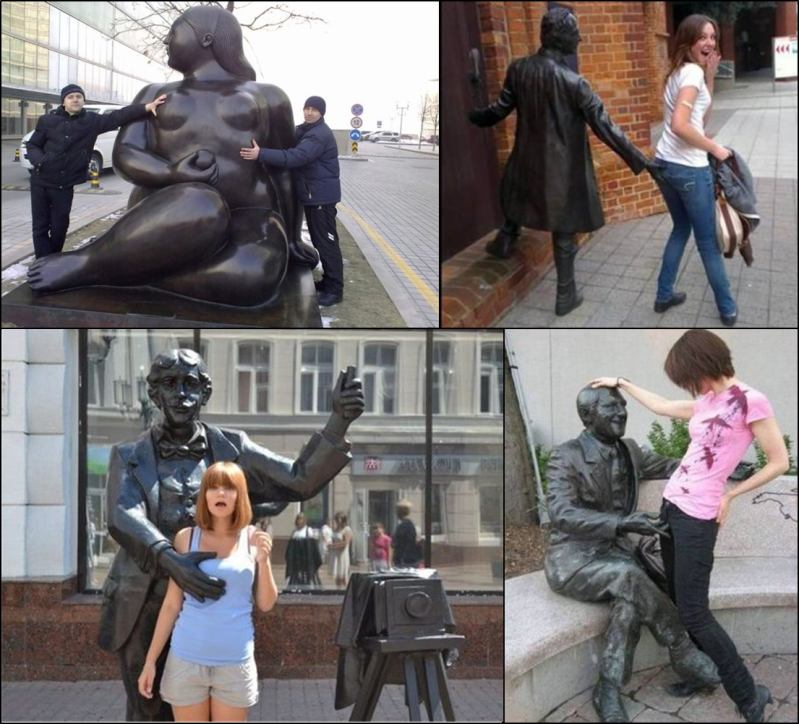 This is better, but it is all about violence:

I favour the ones that change the original meaning: 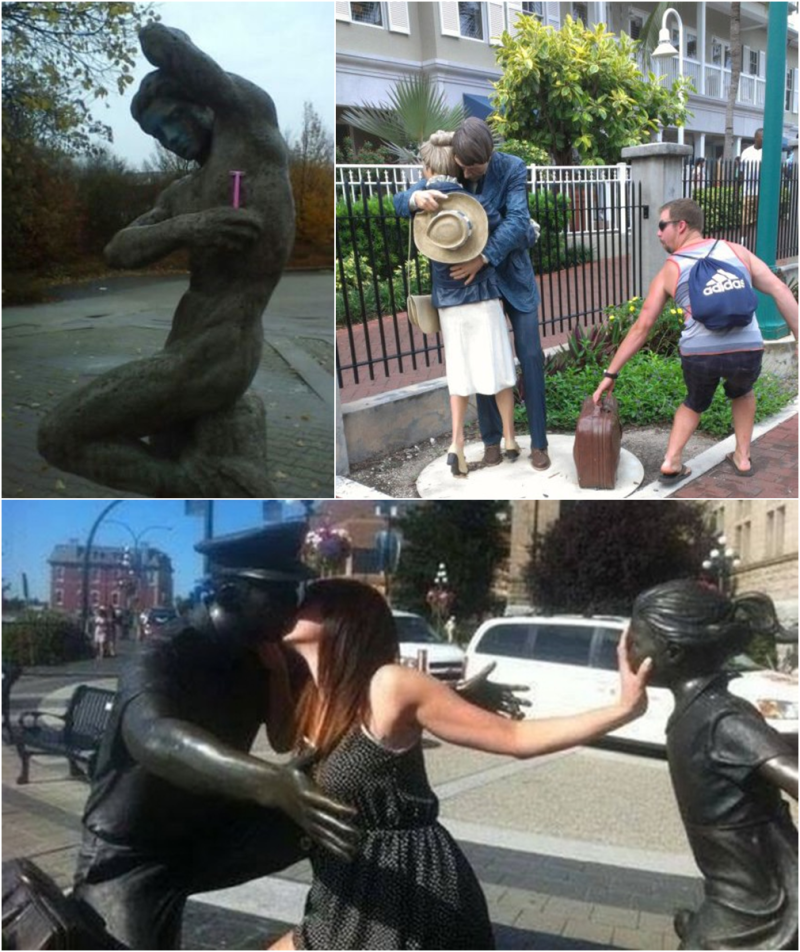 Still some of the best photos of people with monuments happen without people doing anything extraordinary.

This is my ALL TIME FAVOURITE, back from the Soviet times. It is a monument to Marx and Engels who inspired Lenin who founded the first socialist state which intended to allocate happiness to people according to their share in the collective labour effort.

The fruits of socialism enjoyed in the shade of its fathers.

Have you ever made photos that would be altering the meaning of monuments? Let’s have them shared, let’s prove art makes people better.

I’ll walk you through this summer’s exhibits in the meantime.