A couple of decades ago, a petty communist bureaucrat managed to carve himself a hefty helping of the Russian oil industry. People who say he stole it are instantly reminded that any great fortune has a similarly disputed origin, “and see how noble it came out in the end for the Rockefellers”.

Many years later, or, to be more specific, yesterday, a long-awaited Chagall exhibition in Sweden was cancelled a week before its scheduled opening. 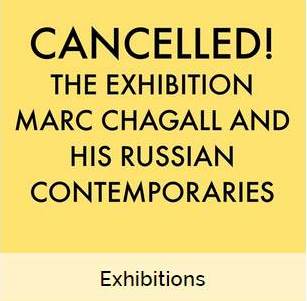 You may wonder how Chagall’s getting the finger and the young communist’s turning oligarch are related. What’s the connection?

The bureaucrat, you see, was none other than Khodorkovsky, who, after a brief confrontation with another ex-communist, then (and now) the President of Russia, lost his assets, his freedom, and ultimately became a man of the world with liberal views and a villa in Switzerland.

It’s the doubly stolen oil assets that are the problem now. While anyone can have their own opinion about the original theft two decades ago without so much as a thread of evidence, the late confiscation is there for everyone to see as a bank robber’s face after a dye pack explosion. 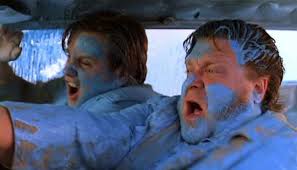 So, international courts say Russia owes Khodorkovsy’s partners some USD 50bn, and if the money’s not paid, Russian assets will be arrested.

And this is why Chagall can’t travel anymore. Obviously, the State Russian Museum that was planning to loan the paintings fears they may not come back.

Now, my question is, why has no one thought to exclude art from court decisions on state asset seizure? Yeah, I know, lawyers don’t care about anything except their share of the winnings, but still. Should state-owned art be hostage to claims made against the respective state and lead to cultural cut-offs?