What inspires film directors to make movies? Fat salaries, Oscar dreams, sexy starlets, the need to pass on their “message” to the unenlightened spectator? I don’t know much about cinema, so I can’t be certain of anything beyond what I am told by people who do.

For instance, I read that Lars von Trier filmed Melancholia because he’d wanted to vent out his depression, which he accomplished with double success. He has cured himself and passed it on to millions of his fans. This also makes it a unique case of depression treatment, which is hugely profitable to the sufferer, though not easily accessible to the public at large.

Even though I am not a cinephile (excluding Star Wars, of course), I am curious about ways art of the past inspires modern film directors.

Sometimes, a painting can inspire a scene that becomes iconic and, perhaps, becomes known to more people than the painting that inspired it. I remembered von Trier because he seems to have stolen fame of Ophelia by Everett Millais (1862) in his Melancholia. 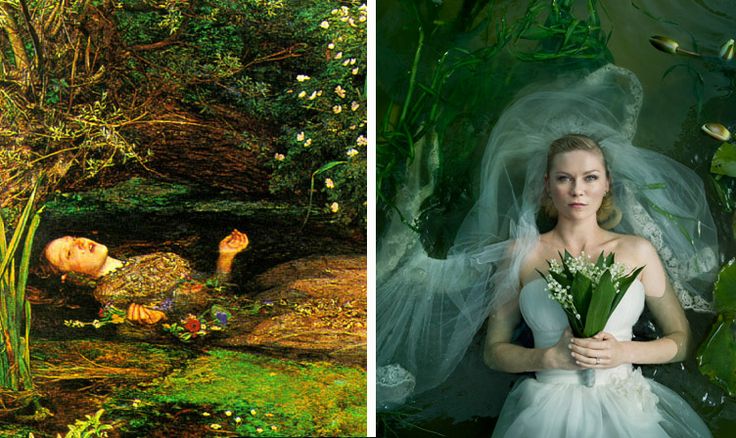 For me, Lars’ cutting his palette down to green and white shows he understands as much about Millais as I understand about his movies. The painting’s concept is in the contrast between the live red flowers and green duckweed. Without it, all you get is an ordinary drowned woman.

Sometimes, film directors are inspired by stuff everyone knows, like Goya’s Saturn devouring his children or Botticelli’s Venus. I don’t know why they do it: It is difficult to make a quote interesting by just quoting it.

Did Guillermo del Toro invent a new monster in Pan’s Labyrinth (2006)? No, borrowing ideas from Goya was not enough.

Unike Toro, who uses paintings to help him out with images, Terry Gilliam (in The Adventures of Baron Munchausen) uses art to build narrative, like in this animation of the Birth of Venus by Botticelli (1486):

I once read that “Gilliam uses Botticelli’s The Birth of Venus as a vehicle to critique overelaboration and the illusory grandeur of illustration. As a figure divorced from her context, Venus appears embarrassed and self-conscious”. I struggle with this logic because, first, I don’t know why would anyone could be concerned with “the illusory grandeur of illustration” to the point that its critique would be appreciated, and second, Botticelli’s Venus is pretty much self-conscious and a lot more embarrassed than the Gilliam’s twin, not to mention that Simonetta Vespucci who inspired Botticelli was indeed a beauty goddess while Uma Thurman is just an A-list celebrity.

Or take the famous still from Coppola’s Lost in Translation literally quoting the work of John Kacere, a butt-crazy photo-realistic painter whose heritage is 90% female back sides. With all due respect, we know many men are fixated on this part of the female body, but spending a life painting it photo-realistically seems a case for therapy rather than artistic recognition. 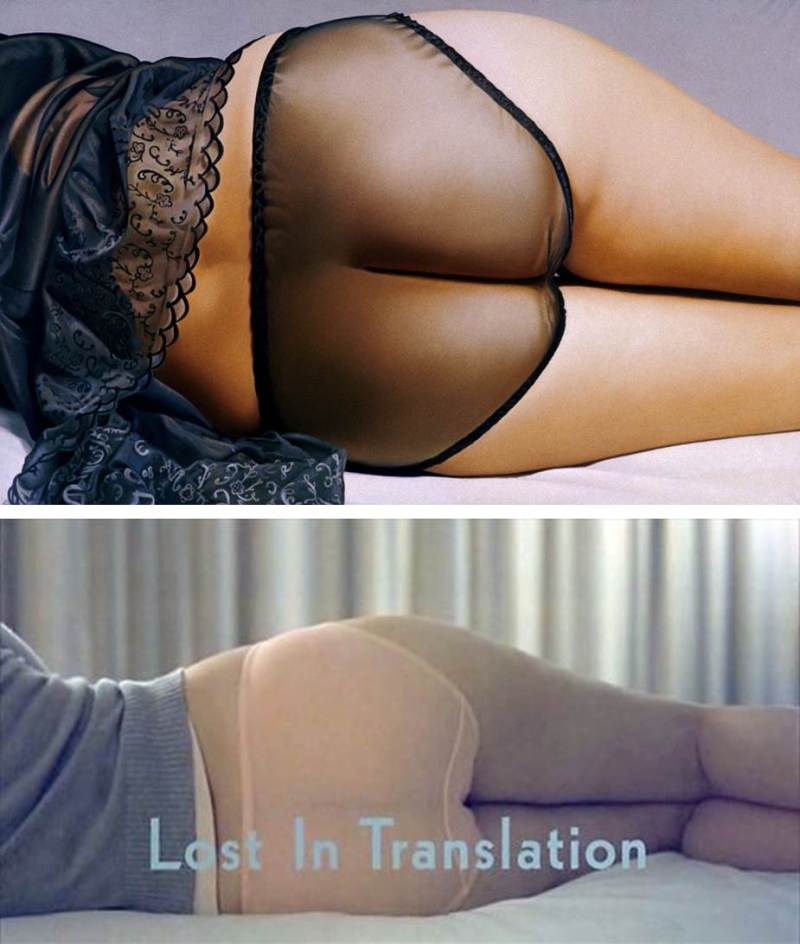 What surprises me is the massive applause the film got from critics known for their feminist stance.  A female film director uses Scarlett Johansson’s butt as the main selling point with deafening success. Doesn’t it make all the debate about female objectification sound a bit artificial?

I like it when paintings inspire directors to do more than just quote them.

This portrait of an emancipated journalist and poet by Otto Dix (1926) was briefly quoted in the opening sequence of Cabaret, but it also defined how the German society was portrayed in the movie further on.

Otto Dix created a portrait of a generation. It is a great work of art. I can imagine only a single organisation to be reticent about it: the World Health Organisation. Not surprisingly, its idea could roll out into a movie.

I am not sure I know any other example of art being cleverly used in a movie. Help me out, please. Do you remember art in movies being more than just a passing reference, or a primitive quote? As of today, I have a feeling film directors, generally, love talking about great art of the past that inspires them, but fail to create something bigger than the art that allegedly inspired them. I’d love to be proven wrong.

PS I just remembered this great series of Francis Bacon as the inspiration behind the Joker. Christopher Nolan produced a villain who was, actually, a step ahead of Bacon’s visions: 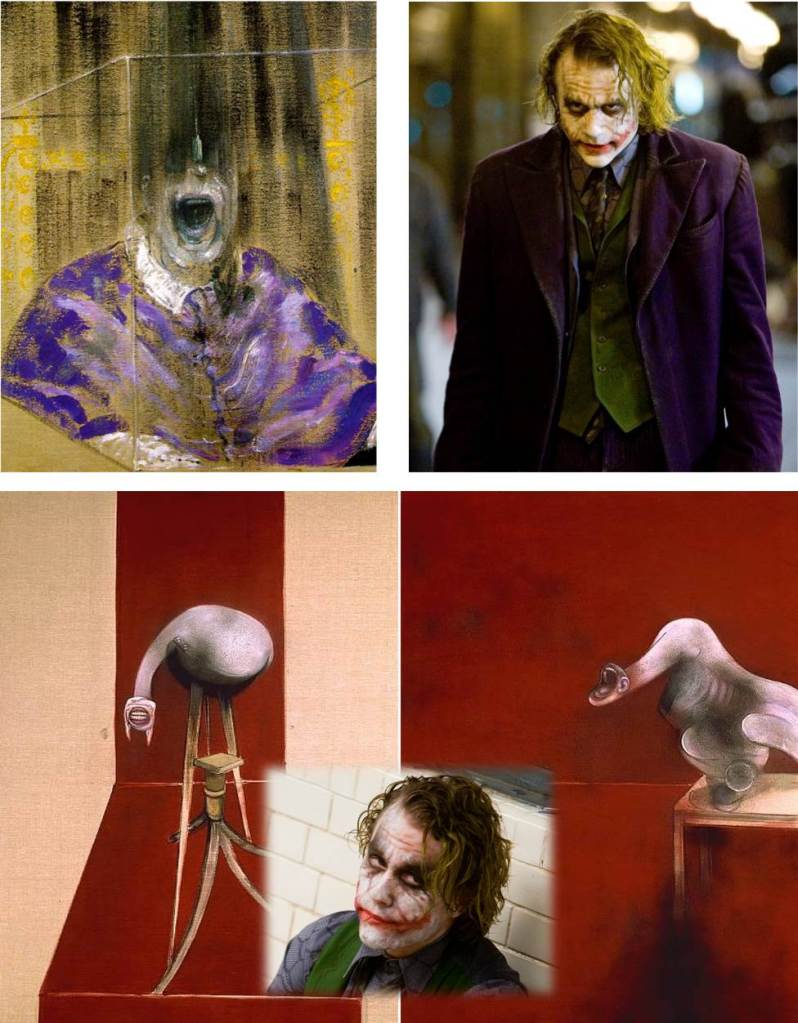