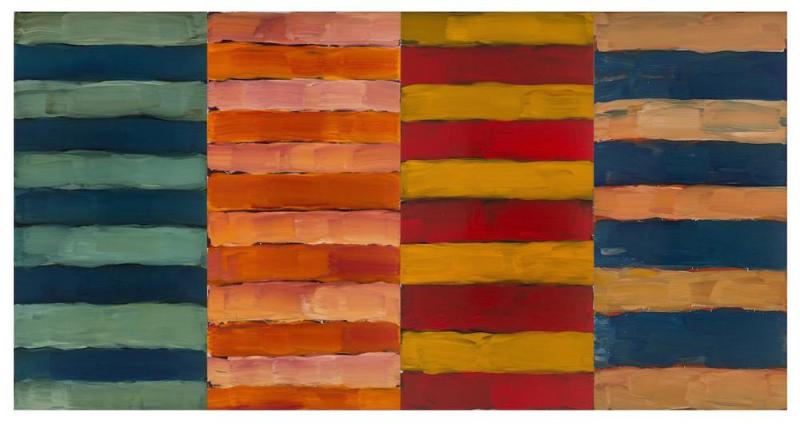 If you were in an exhibition of Sean Scully’s work and walked up to a random viewer and asked him or her to describe what hey see when they look at one of his paintings, most often the answer would be “patterns of color and geometric shapes”.

Although a cursory glance might lend some truth to that observation, the same answer could be said of quite a lot of wallpaper – and it doesn’t help to understand why some people are enchanted and captivated by his work.

Similarly, it is often difficult to venture beyond the formal description of an abstract work of art intellectually or emotionally, in a same way that’s impossible to appreciate the beauty of E=mc² unless you’ve covered quite a lot of basic physics –or the brilliance of a famous chess move unless you are familiar with the rules of the game.

What we will do now, is prepare our minds for Sean Scully and, together, we will be able to decipher the magic and power of this artist.

Imagine any spring (like the old fashioned ones for beds). In order for it to release its energy it has to be compressed first. Similarly, to think big, to let one’s imagination explode, it is necessary for the ‘thinker’ to reduce “the big picture” and think small before freeing their mind and letting it go loose. Our brain uses the same mechanism when we look at a scaled model of a sculpture or a building (or anything monumental) to better understand the workings of a complex machine.

When math students are first introduced to the abstraction of a multi-dimensional space it is difficult for them to really comprehend what it means. We are so used to three dimensions that even the next step up, a four-dimensional space, is a concept that is often impossible to grasp – the way to understand the basic idea of a 4d space, however paradoxical it may seem, is to reduce the number of dimensions; most often that does the trick.

Imagine a two dimensional space such as the image below – yes, view image on your screen as a sheet of paper. As you can see, it is inhabited by dots. 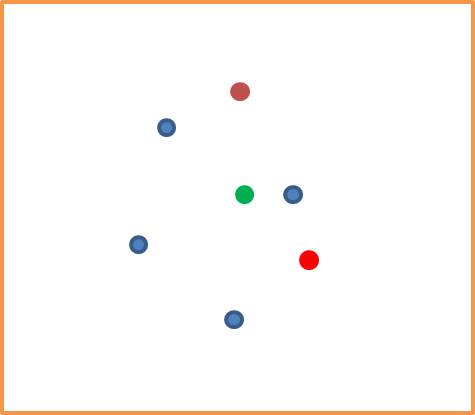 The dots can’t jump off the page, as they are not aware of the third dimension. They are not even aware of our existence.  Look at the square and imagine a dot has locked itself in its house, certain no one can see it. It is true that other dots only see the walls. But we see the furtive dot perfectly well. 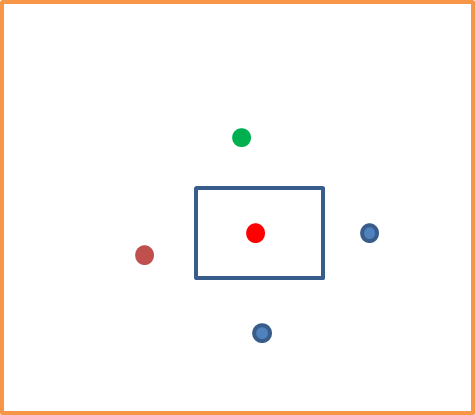 And, if we want to punish the dot, we can hit it on the head, erase it, cut it in half, and the dot would never even know from whence came the flogging arm.

And, if we try to imagine what a dot in this universe we have just created is capable of seeing it would be something such as the image below:

A red dot, a blue house, a green house, a blue dot, a red house.

The way the dot sees its flat world is vastly different from the way we see it from above.

By applying the principle we just used with the dots, it is possible to imagine what four-dimensional beings may feel about us. They simply wouldn’t see the same picture. We don’t know what exactly they would see. They would see some pattern that we can’t even fathom.

It is possible the picture they would see would have different colors, high and low temperatures, order and chaos, busy life and inanimate stillness. However, similarly to our situation with the world of our dots, they would see much more than we can comprehend, albeit in a completely, maybe even undecipherable, way.

And this is exactly the way to approach Sean Scully’s work.

His patterns have the rhythmic order of a world governed by physics’ laws but the chaos of the paint inside the stripes makes life possible.

Scully’s order is beautiful because it is calming, predictable and quieting. Scully’s chaos is excitingly unpredictable because of the different energies it radiates. Somewhere within this, life is born and, at the same time, inanimate death is lurking somewhere near.

Inside his paintings exist elements, patterns, synergies, and rhythm – -everything we know about this world and exploring them raises the observer to another dimension.

It does not have to be an intellectual exercise (you don’t have to know physics to get a kick out of flying a hand glider), just approach them in a different way, as we approached the dots, and permit yourself (and his is the important part…allowing oneself), to revel in the sheer fun of being up there with the omnipotent gods, enjoying the patterns of this 3D universe. 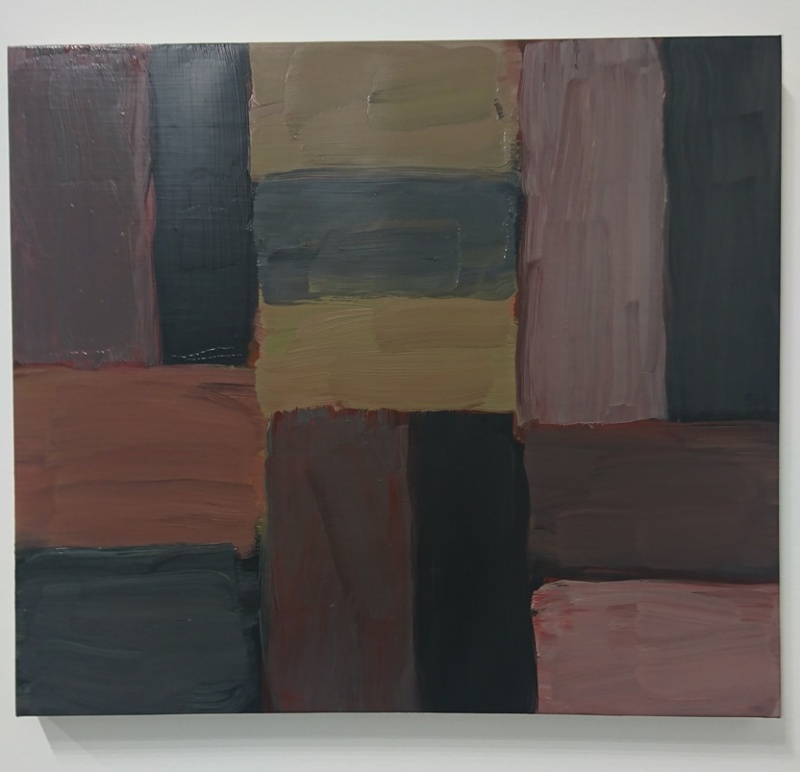 And while standing in front of some of his pieces note your own shadow walking thought the space of the picture, with the effect much like the one achieved by Gerhard Richter in his grey mirror paintings.