I sometimes have doubts about the value of contemporary art. Not its profitability as a trade for the Saatchis of this world, but its civilisational worth. Which one of the Nobel prize winners would not have become a great scientist if, say, Thanos decided to snap Jeff Koons or Damien Hirst out of existence? None, I guess. We might even have had more discoveries of the Nobel-prize calibre as talented and creative young people preferred sciences to liberal arts.

Perhaps, contemporary art is a soft kind of power, nudging societies to a better world by influencing voters, politicians and their policies?

Well… How do you explain Brexit then? All the artists, curators, gallerists and critics in the UK seem to be Remainers. Have they succeeded in their collective artistic effort to persuade British citizens to stay in the EU? You know the answer.

Yet I write about art. I study it. I help other people learn how to appreciate it. Am I just wasting everybody’s time? I hope not.

Art may not have an immediate effect on this world, but 0.0000…1% of all the art made today would prove to be – in some distant future – absolutely necessary for a quantum leap in physics, microbiology, space travel, or elimination of train delays. It is impossible to fathom the mechanics of how art may facilitate it, but we don’t need to know the theory behind electricity to flip on the light switch.

How do I know it?

One word – evidence. It is not hard evidence presented at courts but rather a sign that art can do the impossible, for instance, predicting the future, as if some omnipresent conscience influences artists to incorporate future events in the structure of their current work.

Look at this sculpture of the Abduction of Europa in front of the EU offices in Brussels. It was placed there in 1997.

Now, look at the sculpture and the map of the EU in 1995, the year this sculpture was commissioned, side by side.

Now, let’s put one over the other:

You see, the chest part was completely missing – but not for long. By the end of 1997, it was filled in by ex-Soviet countries and republics.

Let’s do the same exercise on today’s data.

Do you see it now? Europe is kicking the UK out with its foot because the orange island is wrong for the group’s aerodynamics. 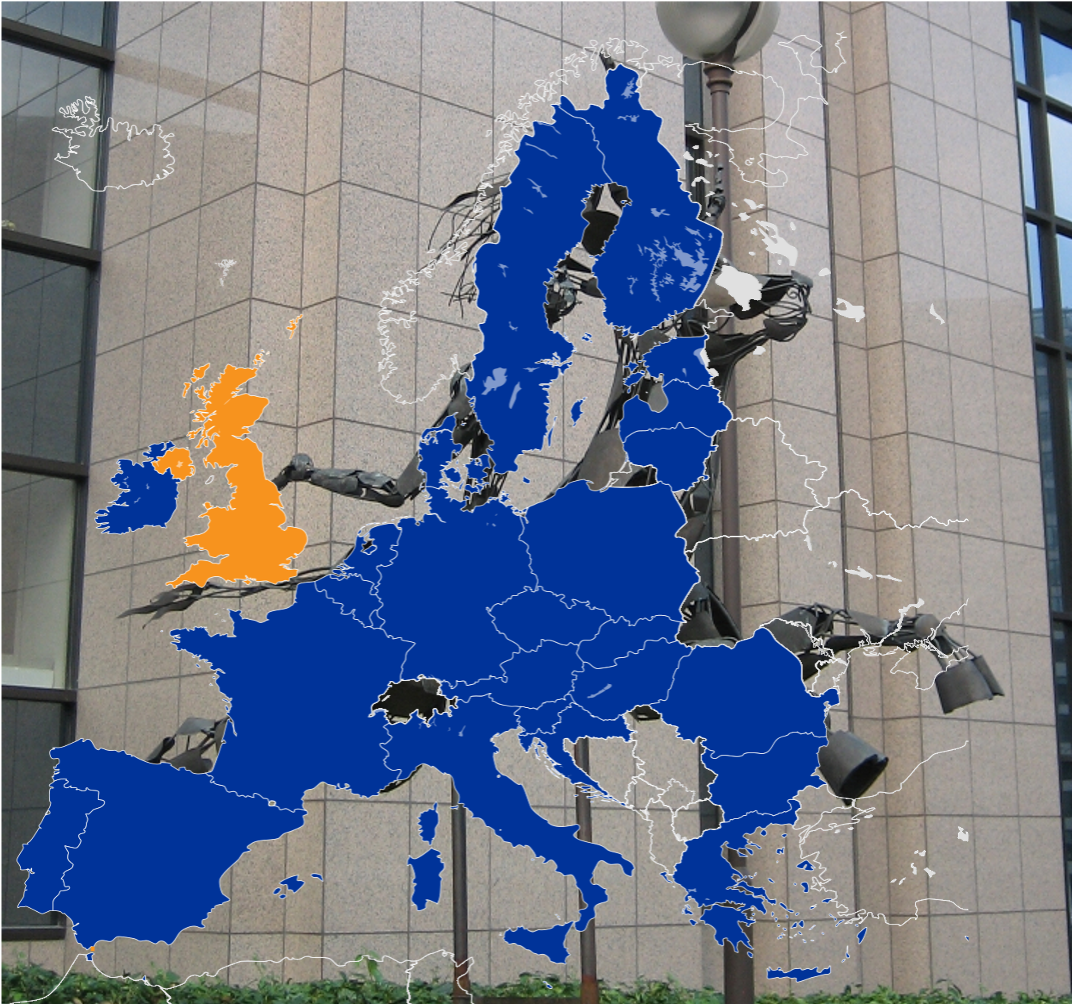 Let’s think about what it tells us about the future.

Good news for Ireland – it may stay and trail behind because Europa can’t reach it.

Ukraine might have been the next country to join the EU, but the bull’s hooves missed it and got suspended over the Black Sea. It could be a sign of the impending membership lottery with Kyiv and Istanbul as two main players. Alternatively, it may show the EU is prepared to hammer Turkey while not really riding into Ukraine. Let’s wait and see.

And yes, there are two critical remarks people make when I show them the overlaid maps. They say, no, something’s wrong… Italy shouldn’t be there, and Greece is out of sync with the speed of the EU!

Come on. Greece has been out of sync with the EU for quite some time now. And Italy… well, a perverted mind may see it as the overgrown reproductive organ of the bull. It may interfere with gallop dynamics, but it adds that sexual vitality, dolce vita, and a pinch of political incorrectness to the union. After all, it is always good to have someone eccentric within a group. Someone, at whom others could point their fingers and tell their children, “Don’t be like them” while often secretly longing to switch places with the object of their criticism.

You see, not all is lost for contemporary art.