We have seen by now – after seven chapters – at least a dozen different ways to interpret the myth of Europa, a cute girl abducted and raped by a god pretending to be a bull. Let’s admit that at face value, the story is sick, so tweaking and twisting its interpretation seems justified. 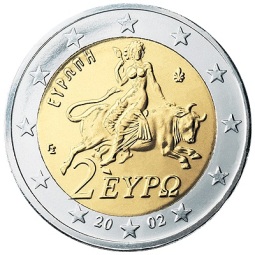 Having played with it for ages, Europe decided that Europa was over 18, the bull was a metaphor for affordable transportation, and together they should be a symbol of unity and movement into the shared future of twenty-seven nations crowded around the financial black hole of non-member Switzerland right in the centre of the map.

Any civilisation needs a founding myth, and this Greek tale might be just a notch safer than anything from the Northern lore.

If you want to be a part of a group, you have to buy into the group’s identity. Ukraine and Russia, two countries that openly or secretly dream of acceptance as European nations, didn’t hesitate to start buying and showing. I can think of no other explanation for their monumental efforts to install sculptures of the Rape of Europa in their largest cities.

We will start the tour in the Siberian town of Krasnoyarsk. It is 3000 kilometres away from Europe, but Europa is there. And it is fascinating. Originally, the sculpture was supported by a pedestal and surrounded by fountains. It was later moved to a different spot and demoted to a puddle. I believe weather conditions were a crucial factor in this decision. 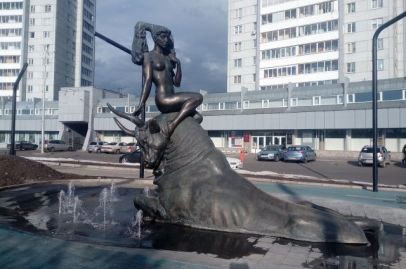 I am curious what the kids that seem to be playing with it think about the background story, but not sure I really want to know it. Anyway, nude Europa in the snow against the heavy Siberian sky is an eye-stopper, isn’t she?

Our next stop, the city of Orenburg, sits right on the border between Asia and Europe. Its authorities consider installing their own version of Europa, but can’t decide whether she should be allowed to remain naked or needs a cover. The sculptor doesn’t seem to mind: he procured two versions for the selection committee.

The local parliament is still debating the issue.

We move now fifteen hundred km to the West – and welcome to Moscow. The capital has three Europas by Botero and one by a Belgian sculptor whose semi-abstract composition immortalises spaghetti on one of Moscow’s central squares. I also heard it might be a tongue in cheek commentary on Russia’s habit of weaponising oil and gas pipelines to abduct European democracy, but that would make it a genius conceptual artwork which it is obviously not. 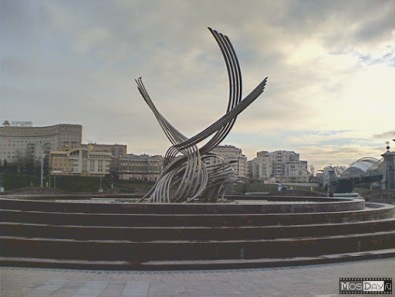 And now we go to my most favourite Europa. It is not in Russia, it is further West, in Odesa, Ukraine. According to a local website, it is seen as a symbol of Ukrainian fertility in the context of the European lifestyle. Since its unveiling, it has become an essential stop for newlyweds who take photos rubbing the bull’s balls in their superstitious quest for healthy kids and European-level income. 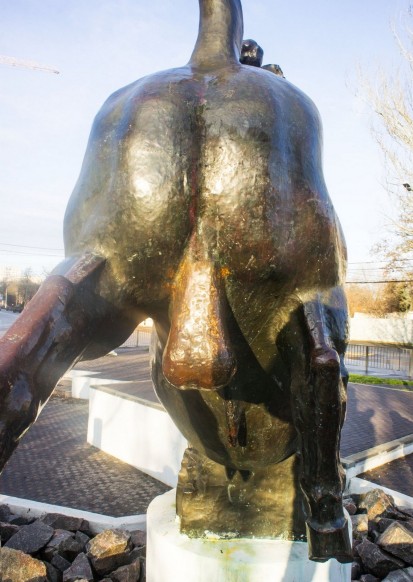 There is no direct link between rubbing bronze balls and income, but there is one between income and bronze. The sculptor put a bronze Cupid behind one of the white columns at the back. It was soon stolen, restored, stolen again, until, after its third disappearance, the sculptor gave up on the elusive scavengers of valuable metals that seemed to be more intent on proving that buying into a European myth and buying into European values were two very different things.

I find it extra weird that the polished private parts of the bull get repainted regularly in what seems to be a gesture of self-ashamedness. If there are bronze marbles to rub, they are and would be rubbed any day in any country. I’d let them shine. 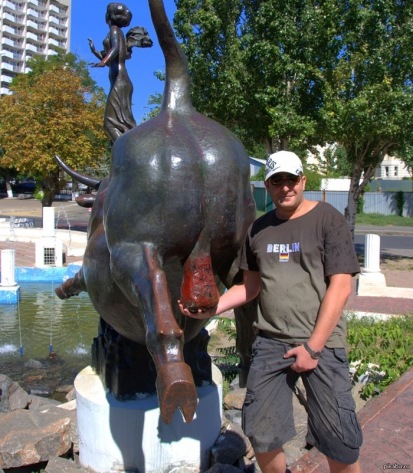 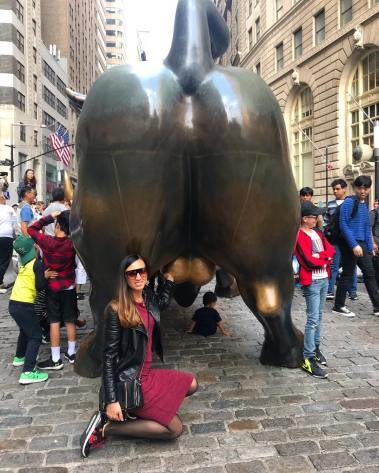 When the going gets tough, the tough grab the bull by the balls. That’s the spirit!

And, perhaps, ultimately, it is the localised meaning of the hard-to-handle myth.

If you missed the previous chapters:

Part I – In Antiquity, the age of discovery and adventure, the myth of Europa was a prologue to more exciting stories. Europa was not a victim, just a participant in the grand scheme of things.

Part II – Late Middle Ages and the Renaissance: Search for emotions in the plot and a new meaning of the story. Durer vs Titian. Artists discovered that high-level emotions can be combined with violence and eroticism. First signs of women’s empowerment in art with Europa’s making the bull do her bidding.

Quiz: Why Rubens copied Titian’s Rape differently to the original and what conjugal infidelity, Jesuits and Velazquez had to do with it

Part III – During the Catholic Baroque, Europa was seen as a saint or a prized whore, but Claude Lorrain made her into a device that allowed his clients to show off their enlightened character.

Part IV – Lutheran Baroque – How did the domestication of women during the Reformation relate to the myth of Europa? Why is Rembrandt’s Abduction of Europa a celebration of Protestant values?

Part V – The Rococo Europa didn’t mind exchanging her virginity for a queendom. How to spot a Rococo painting using my Rococo Style Bingo Card and why you should never take the Rococo seriously.

Part VII – Europa and the bull as a conversation starter on gender roles. Today, it is not about abduction and rape – only the fun part of the myth is remembered. How and why did it happen, and what’s coming next?