I encountered this car in a quiet street  in Fitzrovia. Luxurious opulence. Opulent luxury. I though, who was dumb enough to demonstrate his inferiority complex so openly? 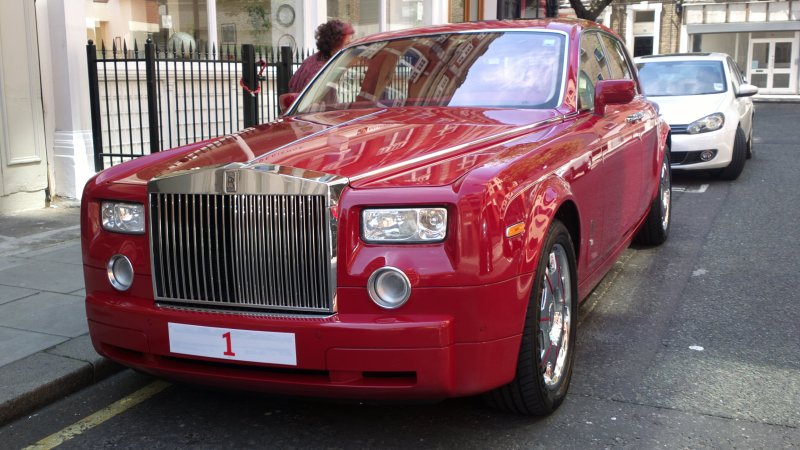 A Protestant would rather die than even sit in this car. So, Swiss bankers were not even considered. A Russian oligarch? A Russian would go for a black car. A Ukrainian would go for a white one. That left me with the only viable option, really. An Arab.

It turned out I was not the first to ask this question. Google knows this car.

What came as a surprise was the sum paid for the Number “1” on the license plate by the car owner (who was 25 years old at the time).

This is why this culture can not produce geniuses and is largely useless. It can’t move the mankind forward. People don’t have to invent, work hard, be creative. The best Arab man is the one who resides at Hyde Park One and has a “1” on his license place.

I just hope that Arabic culture is NOT ALL like this. I really do. For its own sake.

I am sure that this guy is at about 5 handshakes from me now. That’s kinda theory that Facebook has proven some time ago.

Let’s try to reach this guy, somehow. Let’s tell him he’s a disgrace of the human race. Perhaps, there are still some healthy neurons in his mind that can connect into a simple thought: this Rolls Royce is not just vulgar. It is indecent.